Showing posts with the label two under two
Show all 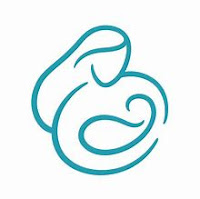 So 21 weeks pregnant with baby number three. I love my children and we had always thought about having a third but hadn't planned on it being so soon after Rosie's birth.  I had booked an appointment at the GP to get the contraceptive implant and when there I was asked if I was pregnant. I had thought not as I was exclusively breastfeeding and my periods hadn't returned. I had read that exclusively breastfeeding could be used as a form of contraceptive, it's called  lactational amenorrhea . I thought this was going ok and that I was getting the implant in for when Rosie started solids so I wouldn't get caught out. How wrong I was.  So the GP asks me to take a test and I do. She looks and says well no little brothers or sisters for you Rosie! Thank goodness! She begins to get prepped to put the implant in and so happens to glance at the test again before disposing of it. Oh! she says. What? I said. She then proceeds to tell me that there is a very faint line!  It t
Post a Comment
Read more